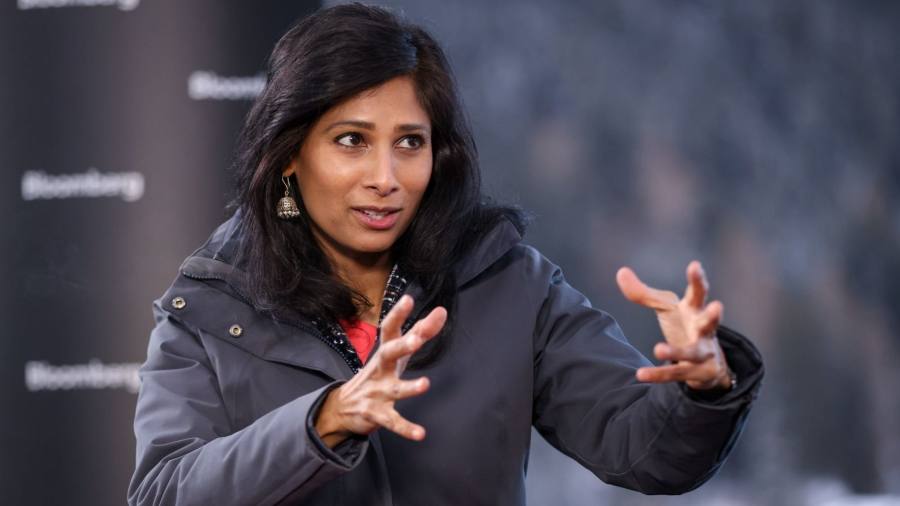 
European stocks and US futures edged higher on Wednesday, with investors betting that cooling inflation would allow central banks to pause their rate increases earlier than previously thought.

The regional Stoxx Europe 600 added 0.4 per cent, while Germany’s Dax added 0.2 per cent, erasing earlier losses. London’s FTSE 100 traded in a tight range, slightly below a record high, as UK inflation slowed for the second month in a row, declining to 10.5 per cent in December from an 11.1 per cent peak in October. Sterling gained 0.5 per cent against the dollar to $1.235.

In the US, contracts tracking Wall Street’s blue-chip S&P 500 and those tracking the tech-heavy Nasdaq 100 both rose 0.2 per cent ahead of the New York open.

The moves come as investors grow increasingly confident that inflation has peaked on either side of the Atlantic and as China’s economic reopening has eased fears of a protracted global recession later this year.

Gita Gopinath, deputy managing director of the IMF, signalled this week that the fund would upgrade its economic forecasts, while Germany’s chancellor, Olaf Scholz, told Bloomberg that the eurozone’s largest economy would avoid a recession.

Even so, the effects of last year’s sharp jump in US interest rates are only just beginning to show up in corporate results. Analysts at S&P Global said they expected the impact from the “fastest pace of rate hikes in recent history to increasingly show in issuers’ operating performance and trading outlooks” as fourth-quarter earnings were released over the next few weeks.

Of the 13 S&P 500 stocks to have reported so far, 10 have beaten earnings per share estimates and three have missed, with nine stocks rising and four selling off, according to Mike Zigmont, head of trading and research at Harvest Volatility Management. The data so far “isn’t compelling for a bullish or bearish spin”, he said.

Elsewhere, the Bank of Japan opted against a further tweak to its yield curve control measures, pushing stocks higher and sending the yen lower against the dollar. The yield on 10-year Japanese bonds fell to 0.43 per cent from 0.5 per cent.

Prices for Brent crude, the international benchmark, rose 1.16 per cent on Wednesday to $83.44 a barrel, with the International Energy Agency forecasting that demand for oil will hit an all-time high in 2023 as China reopens. A measure of the dollar’s strength against a basket of six peers fell 0.3 per cent.