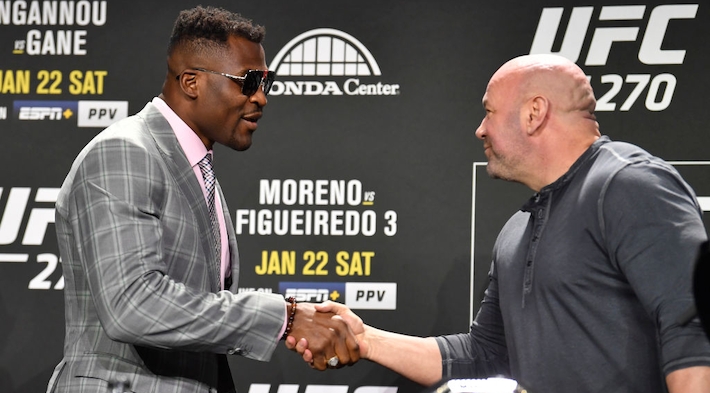 Francis Ngannou Has Been Released From The UFC


Francis Ngannou is no longer UFC heavyweight champion, and Jon Jones will fight Ciryl Gane for the vacant belt, the UFC announced.

The news comes after months of tense negotiations between UFC President Dana White and Ngannou. White acknowledged the organization could not come to terms on a new deal, so he’ll be released from his contract, the UFC will waive its opportunity to match his next contract, and they’ll move on to Jones-Gane.

Ngannou has previously spoken about the UFC’s contracts, the restrictions in those deals, and the want to be “free” from the UFC following his UFC 270 win over Gane in January last year:

The statement from Ngannou in his interview with Ariel Helwani contradicts White’s comments on the champion’s exit, who acknowledged that the UFC offered him the a deal that would make him the highest-paid heavyweight ever, but then sharing his opinion that Ngannou doesn’t want to take a risk and wants to fight lesser opponents and make more money.

Ngannou immediately becomes combat sports’ most coveted free agent. On the open market, a boxing tilt with any of the big heavyweights makes a great deal of sense, but he could also choose to head somewhere like the PFL and take advantage of the promotion’s newly-formed Super Fight division, where fighters will earn at least 50 percent of the pay-per-view revenue, with bouts distributed by ESPN and the streaming service DAZN.

Ransomware has now become a problem for everyone, and not just tech