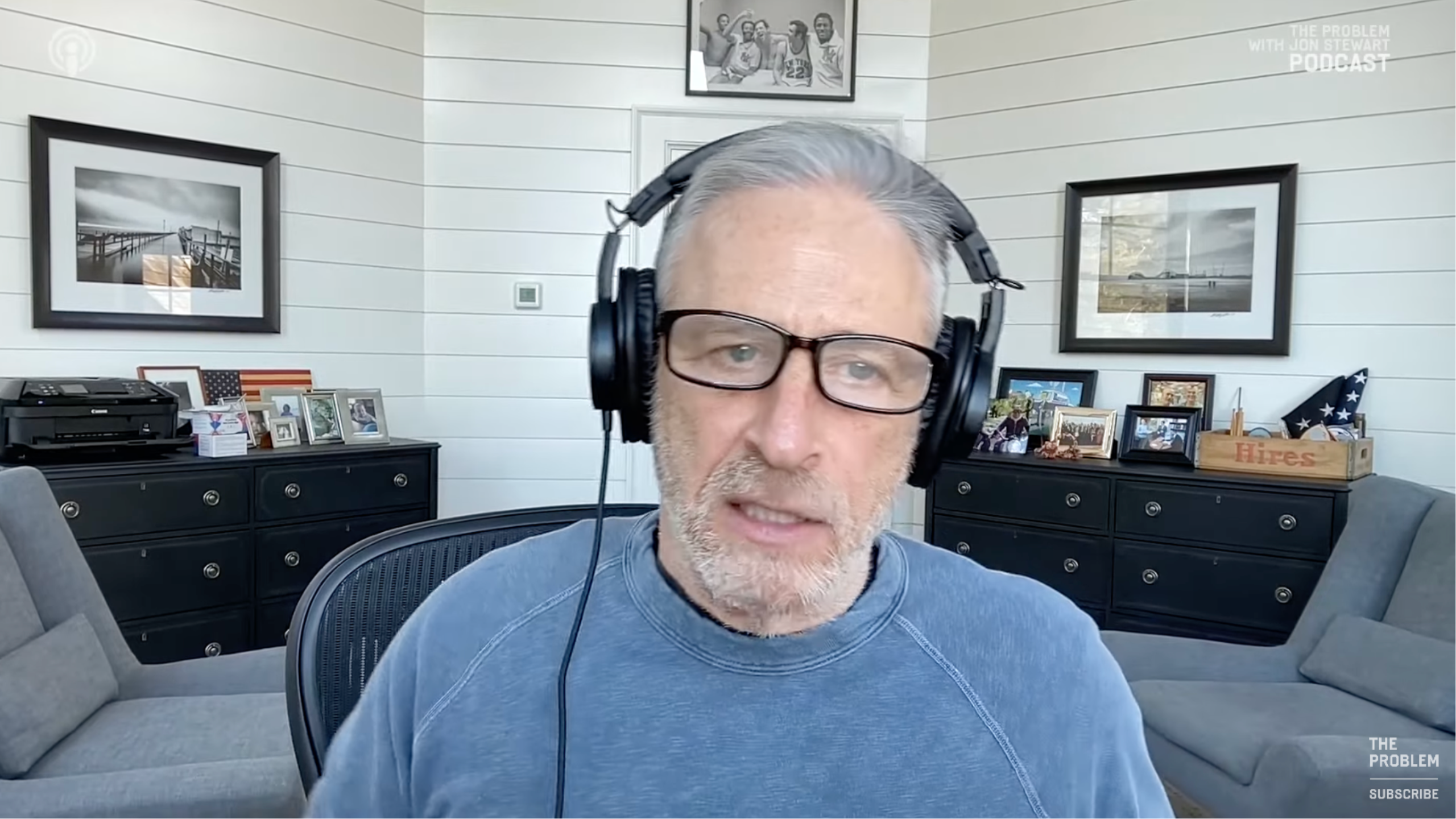 Stewart recently discussed the topic with writers Robby Slowik and Jay Jurden on his podcast The Problem with Jon Stewart. Slowik began by saying, “I love the Biden slow drip here. He’s like a magician just pulling the handkerchief constantly. But it’s just classified documents, like every time you think it’s done –”

“It’s only a slow drip because the media is broken,” Stewart said. “It’s broken. Nobody has any idea of the context of this. And all they’re doing now is talking. They’re trying to one up — Trump had them in a storage facility. Biden had them by his car. Trump had them in a toaster oven. He was giving them out like mints at the end of a meal at a diner. Like, or they’re talking about like, does this make the 2024 matchup more even?”

“But it’s also like — I don’t wanna minimize this, but you’re telling me a 70-year-old and an 80-year-old have stuff at the old house. I believe it,” Jurden said.

Stewart jokingly remarked that the “I’m old” defense is the best one he’s heard pertaining to the documents.

“Here’s the part I can’t get over,” Stewart continued. “It’s all fucking stamped. It’s all stamped, ‘classified.’ So if anybody in any way is sorting this shit, it feels like you would take that stuff and put it to one side. And it just speaks to me of the entitlement that comes from that position. That position is, you know, we all like to point at Nixon… when he says ‘It’s not illegal if the president does it,’ but the truth is they all fucking think that way. Every single one of them.”

“Do you think that it’s like kind of unspoken rules, or do you think it’s malevolence,” Jurden asked.

“I don’t think it’s malevolence. I think it is the entitlement,” Stewart said.

“The only other business that I’ve ever been around that’s like this is show business. Have you ever been to a premiere and you see — and there’s some seats, even in the heightened world of show business, that are taped off. And that’s where Scott Rudin’s gonna sit. But if somebody tries to sit there, everybody who’s all dressed in black and wearing their headsets, fucking goes bananas. And because security has been breached, this artificial bar that should never have been set in the first place because it’s just set based on entitlement and ego,” Stewart explained.

“And if you breach this clearance, that’s arbitrary, the whole place goes bananas. That’s what I think it is. I don’t think it’s malevolence, I think it’s a manner of being accustomed to a position where if you press a button, they have to bring you a diet coke,” he concluded.

Listen above via The Problem with Jon Stewart.

Have a tip we should know? [email protected]

Get Used to Expensive Eggs

Who is locally influential these days?