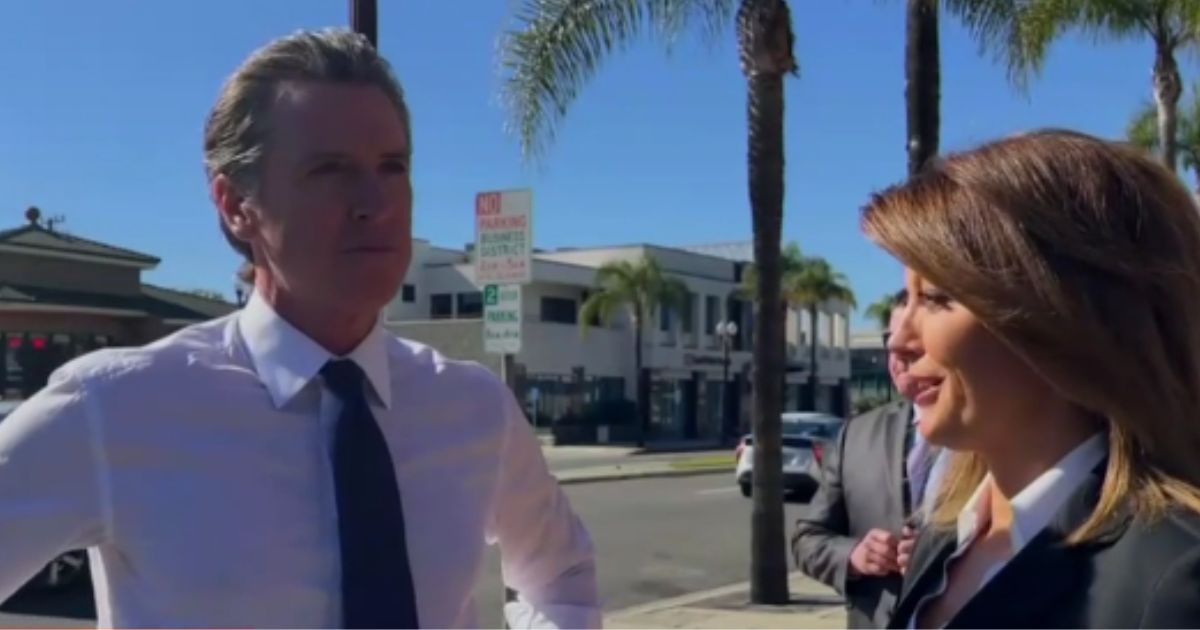 
In the wake of yet another horrific mass shooting in our nation, the left is going after the Second Amendment once again and demanding that gun control measures be put in place.

But one journalist, in a rare piece of actual journalism, pushed back on those demands and exposed a flaw in the left’s gun logic.

Predictably, Newsom repeated the leftist talking points about guns. He even went so far as to describe the Second Amendment as a “suicide pact.”

But what happened next was unexpected. Instead of passively going along with it, O’Donnell pushed back, saying, “But there’s many people in this country that support the Second Amendment and are lawful gun owners.”

LeBron James Ignores Reality, Says His Son Will Play for Whatever College Team He Wants: ‘All I Have to Do Is Pick Up the Phone’

Newsom quickly backtracked on the claim that he had made only seconds ago, saying, “I have no ideological opposition to someone reasonably and responsibly owning firearms.”

After California Governor Newsome called the Second Amendment a “suicide pact”, CBS’s Norah O’Donnell actually pushes back on him:

“But there’s many people in this country that support the second amendment and are lawful gun owners.” pic.twitter.com/pqUTmj7zG7

But O’Donnell pushed even further and asked how the shooter was able to get a modified pistol with a high-capacity magazine, a gun that is already illegal under California law.

Newsom once again appeared caught off guard by the question and said, “We’ll figure it out. That’s gonna happen. We gotta enforce laws. Things fall through the cracks.”

California has some of the strictest anti-gun laws in the entire country, and they didn’t stop this tragedy.

We are confronted with a truth that has been demonstrated again and again, but that the left refuses to acknowledge: These gun laws do not work, criminals are still able to obtain guns and horrific tragedies still happen.

Take Illinois for example, another deep-blue state with restrictive gun laws. Despite all the gun control, seven people were killed in a mass shooting in Highland Park outside of Chicago last summer.

New York is also well-known for its strict gun laws, and yet a criminal was able to work around them and commit a mass shooting in Buffalo last spring.

The left constantly says that we need more gun control, but in the states where these laws have been implemented, there has been no noticeable decrease in violent crime or mass shootings.

The Monterey Park shooting serves as yet another example of how gun control measures, despite looking good on paper, do not work when put into practice.

What Does Fiber Do, And Do You Need More?