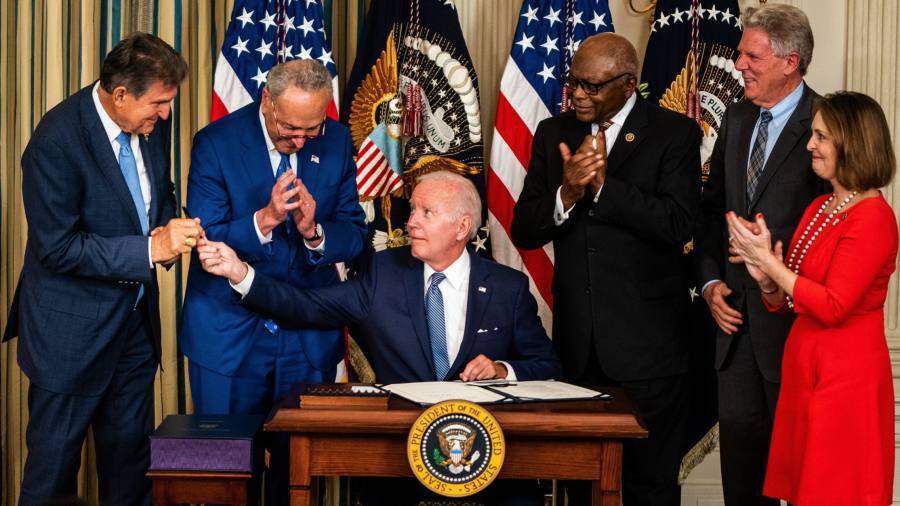 The west will rue its embrace of protectionism


Germany’s taste for Russian gas over recent decades was a double tragedy. It gave the Kremlin leverage over Europe. But it also gave protectionists throughout the western world a spurious credibility. Look what happens, they say, when strategic industries are open to trade.

The first of these tragedies is fixable: there are substitutes for Russian fossil fuels. The second is here to stay. Within a year of the attack on Ukraine, the US Congress has passed a king’s ransom of domestic industrial aid and a piqued Europe is shaping its own version. The goal has widened: from punishing Russian violence to slowing China’s ascent. So has the key industry: from gas to chips and green tech. Over time, lots of sectors will turn out to be “strategic”. Why not agriculture? Why not the professional services that China will need to master to go from middle to high income?

The west will rue this protectionist turn. Its hard-won cohesion over the past year is already yielding to mistrust, not just between the US and EU, but within the EU, where trading nations with small domestic markets (Sweden) dread the protectionism of big states (France). Perhaps Europe can make America’s Inflation Reduction Act less discriminatory to its own companies. Such is the lobbying power of a 450mn-strong entity. But what of Ireland versus Brussels? What of Australia versus Capitol Hill? Joe Biden “never intended” to beggar “folks who were co-operating with us”. But it is the nature of protectionism that intentions only count at the very start. What takes over is the logic of escalation.

It is said often enough that America is in ideological, not just material, conflict with China. Protectionism is a tacit ideological concession from west to east. What does it concede? That international relations are a zero-sum game. That the state is paramount in the life of a country. That prosperity (which is objectively measurable) is subservient to security (which officials get to define at will). That the institutions formed at Bretton Woods a human lifetime ago are relics, and nations must make their own arrangements.

Biden’s embrace of protectionism is hailed as “muscular”, which is code for “aggressive” when a Democrat is in office. And it has to be, given China’s industrial ruthlessness. If taken too far, though, it is also intellectual self-disarmament. It is possible to win the techno-economic struggle with the autocrats and lose in a larger sense: by granting their view of the world, by playing on their turf. The US won the cold war, in part, by building an empire of trade that wavering third nations could join to their profit. In a protectionist world, what is the equivalent carrot?

Wariness of China is rational. But it is bound up with something else: a belief that the liberal decades either side of the millennium were a betrayal of the western poor. This slander, recognised as such when it was Donald Trump peddling it, needs countering at every point. It is possible — no, common — for an open trading nation to be egalitarian at home. (Trade is a high share of national output in the northern European social democracies.) As Reagan, Thatcher and their heirs loosened world trade, none succeeded in gutting the welfare state. In 1980, US government spending on social protection, which includes cash benefits and services in kind, was 13 per cent of national output. It was fractionally higher in 1990. It is 19 per cent now. Nothing about liberal external trade implies domestic laissez-faire.

A problem with the word “neoliberal”, besides the ring of undergraduate leftist about it, is that it allows for none of this nuance. To be pro-trade is to be anti-worker, if not unpatriotic. You wouldn’t know from the rhetoric of the day that the neoliberal age included the New Labour spending rounds and the expansion of Medicare under George W Bush.

I sense the elites (in whom the guilt reflex is strong) never psychologically recovered from the populist electoral breakthroughs of the last decade. They feel remorseful about the globalism they authored. They have tired of the old Ricardian verities: that workers are also consumers and taxpayers, that protectionism can hurt them in unseen ways. You hear sensible people attribute to “neoliberalism” the 2008 crash but not the long economic expansion that preceded it. No, that just fell off a tree.

This is a profound intellectual conquest by populists. And its saddest outcome is the turn against trade. A British premier was once said to be “in office but not in power”. Look around. Trump has performed the reverse feat.

Best Platforms to Invest in Art: Exploring Options for This Alternative Asset Class

What does a ‘diplomatic solution’ for the Russia-Ukraine war really mean? • The…