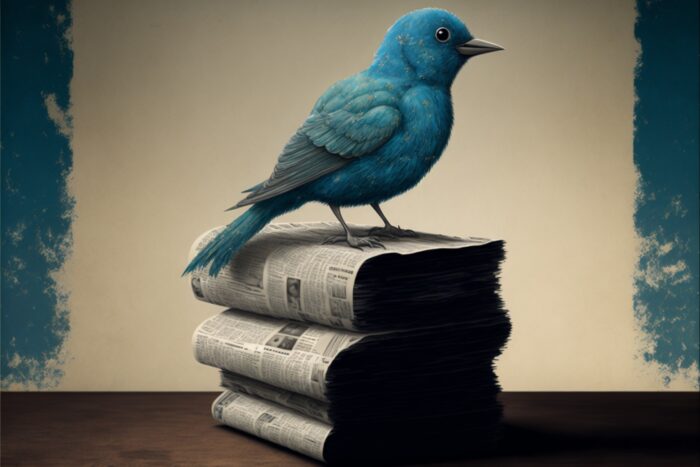 Twitter will soon let news outlets lay visual claim to their staffers’ accounts. Should they?

It’s an old question by now, a byproduct of the way social media has allowed reporters to create their own personal ~~brands~~, distinct from their news outlets. It’s become normal to see big-name journalists take their followings from job to job — from @BuzzFeedBen to @benyt to @semaforben. But in other parts of the industry, reporters aren’t as lucky. This 2017 article found that two-third of local TV stations claim ownership of their on-air staffers’ social media accounts. In 2018, The Roanoke Times sued a former sports reporter to regain custody of his Twitter account when he left for The Athletic. (They settled; the reporter kept the account.) Gannett’s social media policy makes it clear that any staffer’s account “that incorporate[s] a Gannett brand in any way” is Gannett property.

(Example: “John Smith is an anchor at WZZM. His Twitter account is @JohnSmithWZZM. If John Smith leaves the company, he would not take @JohnSmithWZZM with him. Access to the branded account remains with Gannett.”)

Well, it falls short of ownership, but a Twitter feature now in testing would visually tie journalists’ accounts to their employers more clearly than before. As Press Gazette reports, several staffers of the U.K. tabloid the Daily Mirror are the media industry’s guinea pigs.

On these journalists’ personal Twitter accounts, there is now (next to the oft-debated blue checkmark) a small Mirror icon to indicate the affiliation with their employer. Here are editor Alison Phillips, assistant editor Jason Beattie, deputy online political editor Lizzy Buchan, and Whitehall correspondent Mikey Smith: 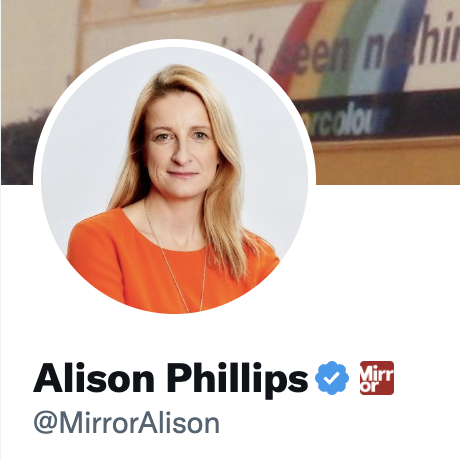 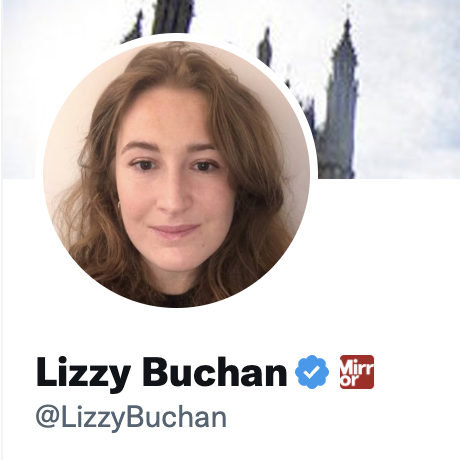 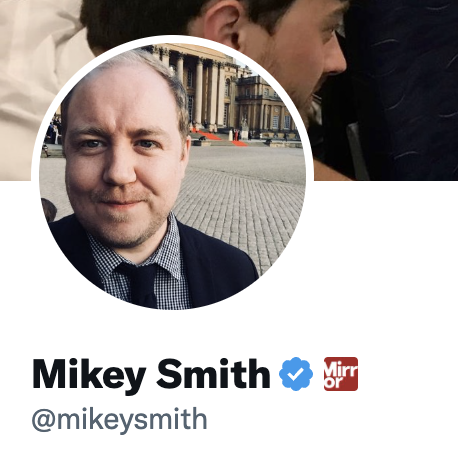 I’ll leave this space free for everyone to get their Twitter “verification” jokes out of their system:

The feature is part of what was previously Twitter Blue for Business and is now known as Twitter Verification for Organizations. (You can get your org on the waitlist here.) While details are sketchy pre-launch, I would assume that companies will eventually pay for the privilege.

Have you noticed affiliate badges on the profiles of employees & company handles? They’re a new way to connect accounts to each other. The early access waitlist is now open if you’d like to have affiliate badges added to your organization’s accounts: https://t.co/xbCAhAKngo

If this goes forward, it’s going to spark some fascinating/terrifying discussions in newsrooms — specifically around what counts as an “official” or “professional” social media account. It’s one thing to put “@TheMetroTribune reporter” in your Twitter bio; it’s another to have a @TheMetroTribune icon follow you around the platform, on every single tweet you post — or have ever posted. Because this connection is being made at the account level, it’ll show up even on decade-old tweets.

@Emmmster Hello there. Am pretty rubbish at this so far but apparently I need to drag myself into the new century. How you?

That’ll be fine in the vast majority of cases, of course. But when someone digs up an embarrassing old tweet from a reporter, their current employer will be right there next to it, seemingly giving it a stamp of approval. Even in milder cases, plenty of reporters tweet about a mix of work and non-work topics — will newsrooms want to formalize their social affiliation 24/7? And will reporters (and their unions) be willing to?

My suspicion (just a suspicion at this point) is that this will be more trouble than it’s worth for many news organizations — even if it makes sense for other industries. Putting that little logo on every tweet will, rightly or wrongly, make every staffer seem like an official spokesperson for the organization. For the limited potential benefits — a little extra Twitter traffic? the branding potential of a 16-pixel square? — it’ll probably be a pass for most.