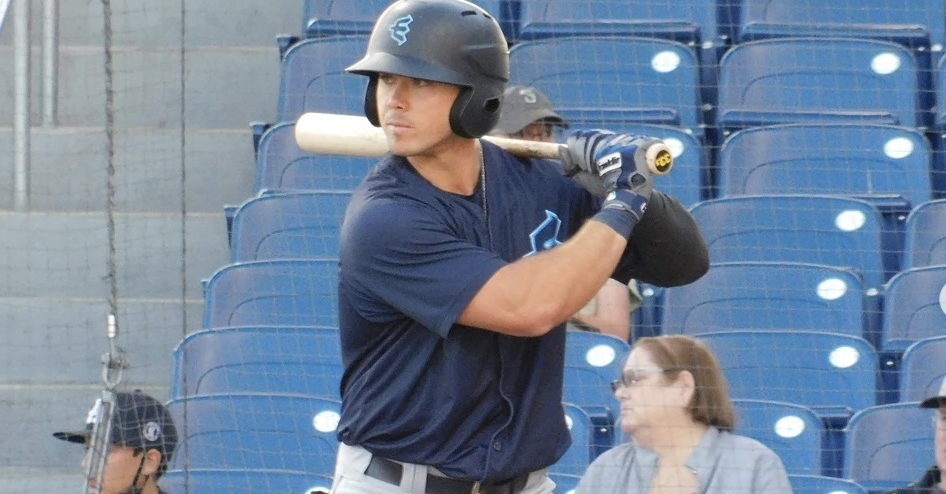 What Role Could Cade Marlowe Play With The Mariners?

Seattle Mariners prospect Cade Marlowe had a great year. So much so, the team unexpectedly added him to its postseason taxi squad. Naturally, this surprising development has some fans thinking Marlowe could play a major role with the Mariners in 2023.

Marlowe making a splash as a Mariner is the good news story we’d all like to see unfold. Still, we should resist hoisting unrealistic expectations on the 25-year-old.

For a segment of Mariners fans, Marlowe’s 2022 offensive numbers have them convinced he can be a difference-maker in 2023. The Georgia native hit 21 doubles and 23 home runs with a .287 AVG/.377 OBP/.487 SLG slash line in 578 plate appearances with Class-AA Arkansas and Class-AAA Tacoma. Impressive production, although I have reservations.

Let’s face it, great minor-league stats won’t necessarily lead to MLB success. Seattle fans can attest to this after witnessing the difficulties Jarred Kelenic has encountered. Kelenic was a top-five MLB prospect and a superb run producer in the minors. But in 558 plate appearances over two seasons with the Mariners, the Wisconsin native has a .168 AVG/.251 OBP/.338 SLG with 18 doubles and 21 home runs.

Now, consider the similarities between Kelenic’s career MiLB production and Marlowe’s. Perhaps you now understand why I haven’t jumped on the hype train.

I’m not suggesting Marlowe is doomed to stumble. But the Kelenic saga should remind us it’s “buyers beware” when it comes to assessing minor-league production numbers. That said, there’s one Marlowe stat worth discussing.

At every level, Marlowe has posted a high strikeout rate. His career rate is 26.6%, which is four percent higher than this year’s MLB average.

Realistically, there’s no way to predict how much a minor-leaguer’s strikeout rate will increase once he reaches the big leagues. But out of curiosity, I compared the MiLB and MLB strikeout rates of Rookie of the Year vote-getters dating back to 2018.

Perhaps Marlowe will never be considered a top rookie. But performing this exercise might provide a measure of perspective when considering the University of West Georgia alum’s outlook with the Mariners.

All told, our group consists of 49 position players. The average increase in strikeout rate between the minors and majors was 4.2%. Six had a minor-league strikeout rate similar to Marlowe’s. Let’s take a look.

Fernando Tatis Jr. was the most productive hitter. Although he strikes out often, Tatis wields a power bat and has an impressive .369 OBP since debuting in 2019. The two-time Silver Slugger also boasts an outstanding 160 OPS+.

On-base Plus Slugging Plus (OPS+) is a normalized version of OPS that adjusts for park and league conditions. OPS+ is scaled so 100 is always league-average. As a result, an OPS+ of 150 means a hitter was 50-percent more productive than the average player. An 80 OPS+ would be 20-percent below average.

The only other player demonstrating a knack for reaching base is former Mariner Kyle Lewis. In 130 games and 526 plate appearances, Lewis has a .329 OBP and a 112 OPS+. Unfortunately, injuries have stalled the 2020 AL Rookie of the Year’s career. Now a member of the Diamondbacks, Lewis will be looking to rebound next year. I’ll be rooting for him to succeed.

The remaining players were productive to varying degrees thanks to the power in their bats. This year, Rangers center fielder Adolis García hit 34 doubles and 27 home runs with a 113 OPS+ despite a .300 OBP. Similarly, Patrick Wisdom (.298 OBP) of the Cubs delivered pop (28 doubles, 25 home runs).

A much younger Oneil Cruz falls into the “too soon to tell” category. In just 87 games with the Pirates this year, the 24-year-old hit 13 doubles and 17 home runs with a .294 OBP.

It’s plausible Marlowe’s rookie strikeout rate approaches 30%, which could be problematic. Then again, there are notable productive hitters with a high strikeout rate: Tatis and García, plus Eugenio Suárez (31.2%), Byron Buxton (30.4%), Giancarlo Stanton (30.3%), and Kyle Schwarber (29.9%).

Still, a sizable number of players near or above the 30% threshold in 2022 weren’t productive.

Twenty-nine hitters with 350-plus plate appearances had a strikeout rate of 28% or higher this year. Thirteen had an OPS+ greater the MLB-average. Which group Marlowe would fall into likely hinges on how his extra-base power and on-base ability translates to the big leagues.

There’s a lot to like about Marlowe. He’s demonstrated power despite playing in a pitcher’s park. Plus, the former 20th round pick is a proficient base stealer and capable of playing any outfield position. That said, Prospect Insider and MLB Pipeline only projects him to be a fourth or fifth outfielder.

Still, an intelligent player with a strong work ethic – like Marlowe – can potentially change his trajectory by making the right adjustments. Personally, that’s what I’m rooting for.

Cade Marlowe becoming the best version of himself.

Thanks to Joe Fann for planting the seed for this piece in my head.

Luke is a native New Yorker, who grew up as a Mets fan. After the US Navy moved him to the Pacific Northwest in 2009, he decided to make Seattle his home.

In 2014, Luke joined the Prospect Insider team. During baseball season, he can often be found observing the local team at T-Mobile Park.

Managing the backlog of care