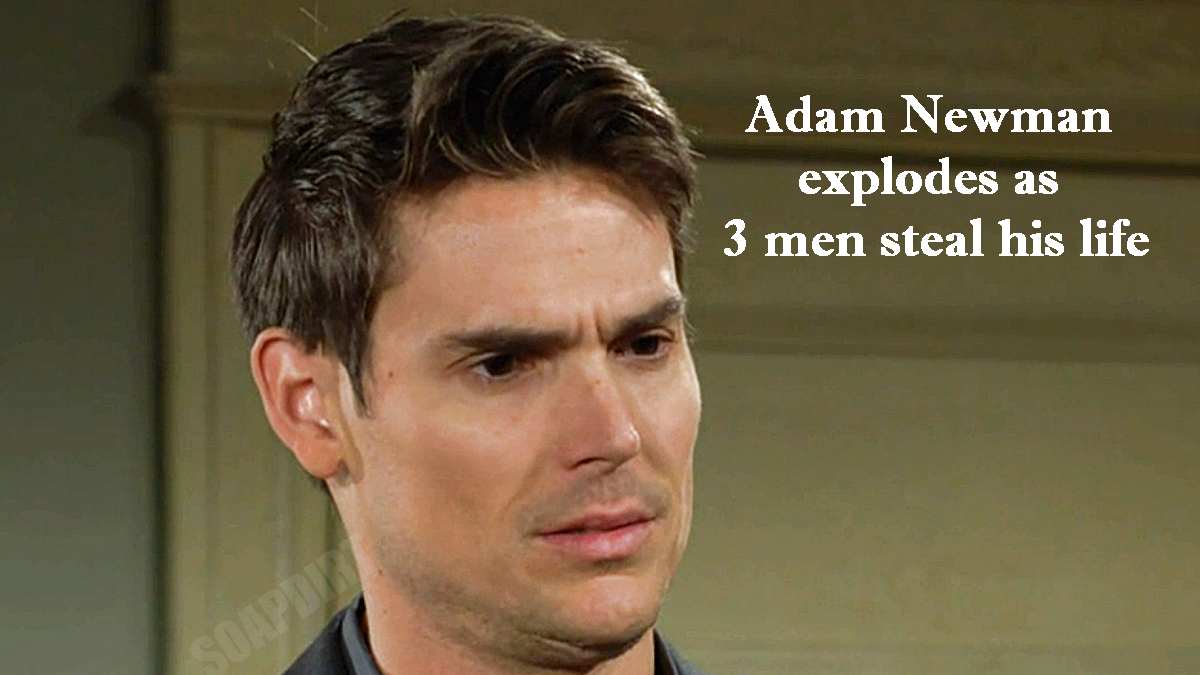 ‘Young and the Restless’: Adam Explodes as Billy, Nick & Victor Steal from Him


The Young and the Restless spoilers point to Adam Newman losing it when three other men try to dismantle his life. Two take aim at relationships in his life and the third tries to yank the professional rug out from under him on the CBS soap. Will they face the wrath of the Newman black sheep for what they soon do on Y&R?

Young and the Restless Spoilers: Adam Newman Rages at Billy Abbott over Chelsea

On Y&R next week, spoilers show Adam Newman (Mark Grossman) in a snit at Billy Abbott (Jason Thompson). You can see the promo below. The prodigal son goes off, accusing Billy-Boy of “insinuating himself into” Adam’s life. And he’s not wrong.

Even before Chelsea Lawson (Melissa Claire Egan) tried to kill herself, Billy was always around her. And Adam hated tripping over his old enemy at his ex-wife’s apartment. Constantly on The Young and the Restless, he tried to push the Abbott away.

Billy’s not backing down! 👊 #YR is new this week on @CBS! Watch the latest episodes on @paramountplus. pic.twitter.com/mySXnSVCby

But Billy’s not going away. In fact, when Lily Winters (Christel Khalil) dumped the guy, he made a beeline to mope at Chelsea’s door. Now, every time Adam turns around, the guy is right there. He’s even doing homework with Connor Newman (Judah Mackey).

The two men get into a shouting match at Society and Abby Newman (Melissa Ordway) must intervene. Billy shouts and blames Chelsea’s ex for her mental spiral. And he’s clearly not backing down. This is a big problem for the youngest Newman son on Y&R.

Another source of friction for Adam Newman is his big brother, Nick Newman (Joshua Morrow). In new Young and the Restless spoilers, the elder Newman son figures out next week that Sally Spectra (Courtney Hope) is pregnant.

But truthfully, Sally’s got no idea which of Victor Newman’s (Eric Braeden) sons knocked her up on the CBS soap opera. You can bet that Adam would be thrilled if he’s the baby daddy. But she chose his older brother and might hope Nick’s the dad. 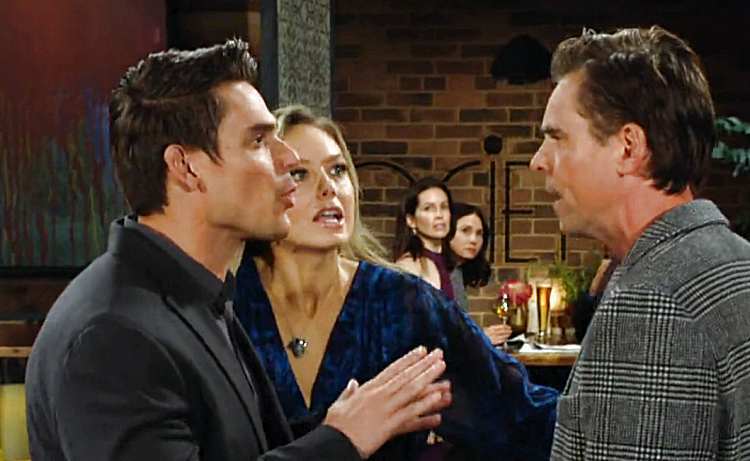 Yet Nick just told his son, Noah Newman (Rory Gibson) that he and Sally aren’t in the falling-in-love stage. It seems like he enjoys sleeping with the redhead and hanging out. But they’re not getting serious. And pregnancy is very serious.

Once Adam finds out she’s pregnant, he’ll want the unborn baby to be his child. Young and the Restless spoilers tease that Adam might tinker with the paternity test so he can claim the kid. But first, we expect more anger aimed at Nick.

The last of three men messing with Adam’s life on Young and Restless is his father Victor. His dad’s playing a duplicitous game. To his youngest son’s face, he’s telling him he wants him closer to the family.

He wants Connor at the ranch — and pushed about his grandson. Plus, The Mustache is pushing into Chelsea’s life trying to figure out why everyone tip-toes around her. Now, he and Nikki Newman (Melody Thomas Scott) don’t know about her suicide attempt.

Young and the Restless spoilers have Victor more determined than ever after a confrontation with his son at Chelsea’s place. He told his dad to butt out and quit trying to control his life, his son’s, or Chelsea’s. Then he kicked him out.

Victor’s treatment of Adam is trifling. There’s no other way to put it. It’s just disgusting and emotionally abusive. The man isn’t even doing anything to hurt the family or anyone atp. He’s just been minding his business. Victor should be ashamed of himself. #YR

In the next two weeks on Y&R, Victor aims to ruin Adam Newman’s reputation at Jabot so he’ll lose the job there. He wants Adam back working at Newman — and under his control. But once he finds out his father sabotaged him, Adam will be furious.

Will he explode at all three of these men soon? It looks like it. Billy’s trying to rekindle with their mutual ex. Nick might have gotten Sally pregnant — the woman his little brother loves. And Victor’s trying to wreck Adam Newman at work.

Get all the Young and the Restless spoilers from Soap Dirt.

Chucky and Reginald the Vampire Get Season Renewals from SyFy